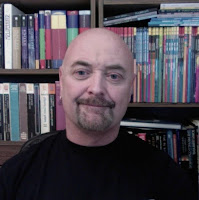 My guest today is Simon Rose, author of many novels and nonfiction books for children and young adults. His latest novel, Parallel Destiny, has just been released.


So tell us about the new book

Parallel Destiny takes place immediately after the events depicted in Twisted Fate. Project Mindstorm no longer exists and Kane and his associates no longer represent a danger. However, Max and Julia now have to contend with the sinister Alastair Hammond and his experiments into the existence of parallel universes and alternate realities. Marooned within a bewildering series of multiple universes, Max and Julia are forced to fight for their own survival and to save the very fabric of reality from Hammond’s deadly scheme.

Will there be any more books in the series?

I’m not sure. Right now I’m not planning on any more since the story has reached a logical conclusion. However, Flashback was originally going to be a single novel and I didn't consider sequels until later, so you never know. I think there’s certainly some potential to write something else in this genre featuring the two main characters, but I guess time will tell. 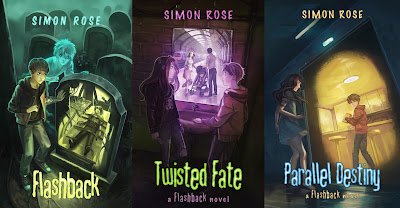 You don’t seem to have any shortage of ideas. Where do you get them all from?

Ideas come from anywhere and everywhere really. Books, movies, TV, online research, out walking the dog, dreams, an overheard conversation, friends and family, history, mythology, and so many other sources. I have a few ideas that may never come to anything, but I still keep them anyway. It’s always a good plan to save them because you never know if, or when, an idea might fit into a story. My first four novels were all very early story ideas and were the first books to be published. However, more recently published novels, such as The Sphere of Septimus and the Flashback series, were also very early ideas. They just took longer to develop. Flashback was also one of my earliest ideas but again it took a while for me to develop the initial story, and consequently the rest of the series. Even if the ideas don’t work right away, they might in the future and you just never know when you’ll get another piece of the puzzle.


What other novels have you written? 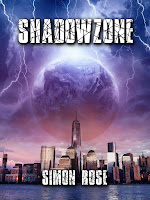 I’ve written fifteen novels so far, since the first one came out in 2003. The Sorcerer's Letterbox and The Heretic's Tomb are historical fiction adventures set in medieval England, The Alchemist's Portrait is a time travel story, The Emerald Curse is all about superheroes and comic books, The Doomsday Mask is all about the legend of Atlantis, and The Sphere of Septimus involves the characters traveling into another world and is in the same vein as the Harry Potter series, The Chronicles of Narnia, or Lord of the Rings. Future Imperfect is a technology-driven story featuring mysterious messages from the future and The Time Camera about a mysterious device that captures images of different historical periods, and The Clone Conspiracy features secret experiments into human cloning. The Shadowzone series featuring Shadowzone, Into The Web, and Black Dawn, was published last year. The series involves the discovery of a grim dystopian version of Earth that’s ruled by a totalitarian dictatorship, the threat of a deadly virus, and a race against time to save the lives of millions.

Are these your favourite genres in which to write?

Yes, there are certain genres that I like. When I first read the Harry Potter books, I knew that they were written for the age range, style, and had the level of danger and excitement for young readers that I was aiming for with the many story ideas that I had at the time.

However, as much as I enjoyed all the Harry Potter books, I wasn’t interested in writing my own story ideas on themes like folklore, mythology, magic wands, witches and wizards, or mythological creatures and monsters. Instead, I wanted my stories to be about the sort of things that I enjoyed reading about. These included time travel, fantasy, history, science fiction, lost cities, superheroes, other worlds, parallel universes, and the paranormal, and those are the types of stories I’ve been writing ever since.

So is it true that authors should write what they know?

In some ways yes, although this might sound a little odd because no one actually knows how to travel in time, attend a wizard school, visit other dimensions, have super powers, or go to the edge of the universe, at least as far as we know anyway. But what this term actually means is that it’s much easier to write about what you know or about what you’re interested in. You’ll have far more ideas about your own favorite topics and you’ll also decide exactly what you want to write about and not just try to do the same as everyone else or follow a hot new trend, whether it’s teenage wizards, vampires, zombies, or something else. If you write about unfamiliar topics, you’ll have to do more research for a story or perhaps plan out the story a lot more, rather than letting the ideas from your imagination flow into the computer or onto the paper as the story keeps coming to you. Writing about things that you’re not passionate about will seem much more like work, when writing is supposed to be fun. Write about what you know and love and it’s going to be a much more enjoyable experience.

Have you worked with lots of other authors?

Yes quite a lot over the last few years, in many different genres. This has involved both substantive and copy editing of completed novels, but I also work as a coach for writers with works in progress. Some of the projects I’ve worked on that have subsequently been published are here on my website. You can also see some of the references and recommendations from other clients that I’ve worked with.

What are you currently working on?

I’m always working on something but currently I’m writing a number of nonfiction books and doing quite a lot of editing and coaching work with other authors, helping them with their novels, short stories, or works in progress. I’m also working on a historical fiction novel set in the turbulent era of the English Civil War in the 1640s and I hope to be able to focus on that a little more in the coming months.

Where can a reader purchase your latest book?

Parallel Destiny is available in paperback and as an ebook worldwide on Amazon, Kobo, Barnes & Noble, iBooks, and Indigo Chapters in Canada, and at many other locations online. Your local bookstore should also be able to order a copy.

You can learn more about Simon and his work on his website at www.simon-rose.com or online at the following social media sites:

Posted by Mackenzie Reide at 12:14 PM